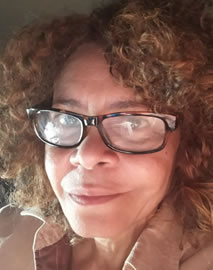 Ana Maria Alakija Waddey is a Journalist focused on ethnic issues. She holds a B.A. in Communication for Journalism from the Universidade Federal da Bahia, Brazil (1976) and a specialist title in Community Media obtained from the same university (1989). She also obtained a certificate of Public Health and Communication for Population, Family, and Reproductive Health, from Johns Hopkins University, MD, US (1984). She worked for the Brazilian mainstream media and the black press.  She also has works published in foreign magazines. She added the significant graduation course to her academic formation–“The African Diaspora in the Americas: Constructing Identities” –at Boston University-African American Studies Program, U.S. (2014); and she obtained a master’s degree of Arts in History from Salem State University, Massachusetts, U.S. (2020).

She has focused on the Oral History field of study, with a concentration in African Diaspora Studies. Currently, she coordinates two independent projects of research: “The Memorial Project on Afro-Brazilian families” and “The Alakija Family Memorial Project.” She is an affiliate member of the Association for the Study of the Worldwide African Diaspora (ASWAD).